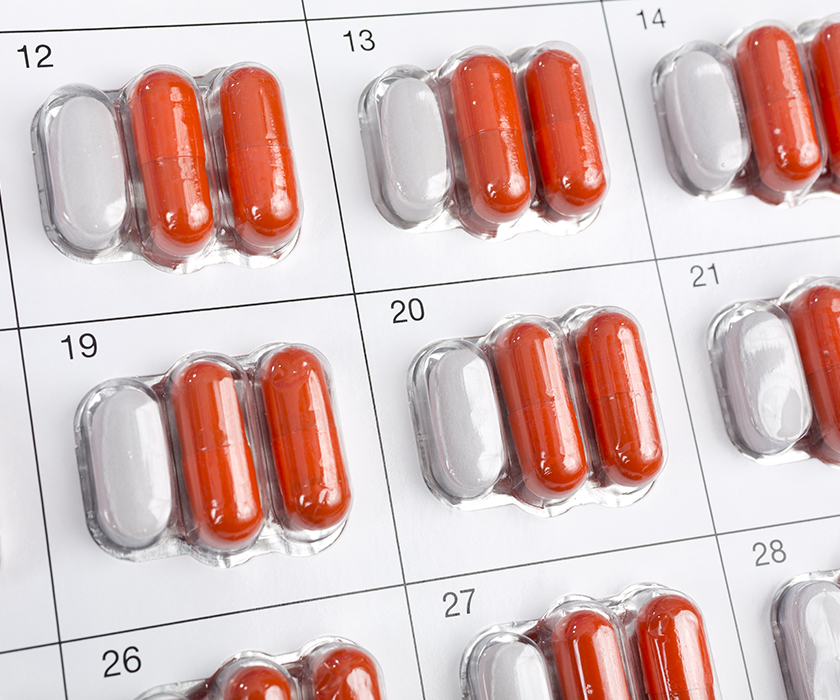 The Cocoa Supplement and Multivitamin Outcomes Study (COSMOS) was designed to determine whether daily supplements of cocoa flavanols or a common multivitamin reduce the risk of developing heart disease, stroke, and cancer.

First results: What we know so far 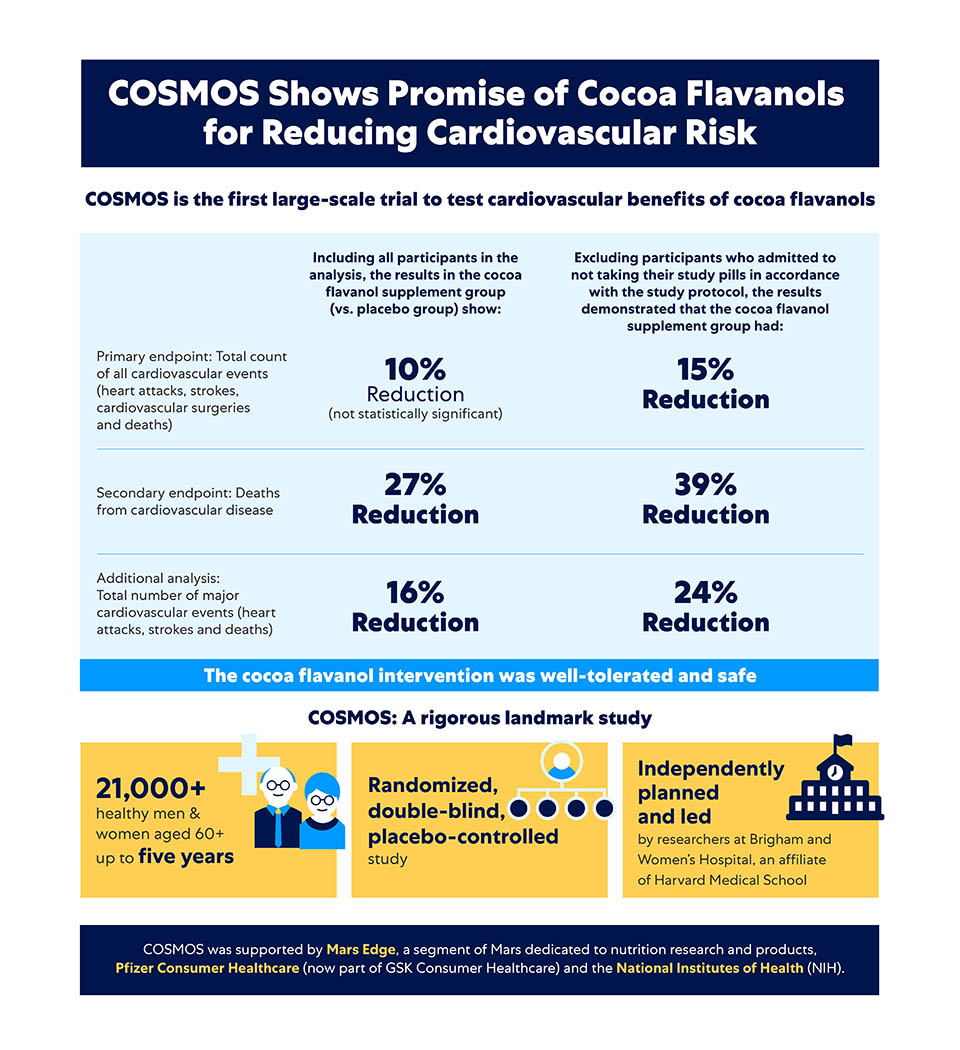 The first results from COSMOS, which have been published in The American Journal of Clinical Nutrition, show a beneficial effect from daily cocoa flavanol supplementation on cardiovascular health.

Including all participants in the analysis, the results in the cocoa flavanol supplement group (vs. the placebo group) show:

When the investigators excluded the participants who reported not taking their study pills in accordance with the study protocol (a standard practice in research), the results demonstrated that the cocoa flavanol supplement group had:

The trial is a large-scale, five-year clinical dietary intervention involving over 21,000 generally  healthy men and women aged 60 years and older, from across the U.S. COSMOS is a randomized, double-masked, placebo-controlled dietary intervention trial, based on hard endpoints: cardiovascular morbidity and mortality.

The trial investigated the impact of consuming daily 500 mg of cocoa flavanols, including 80 mg of the flavanol (–)-epicatechin, delivered via a cocoa extract-based supplement.

COSMOS was initiated by researchers at Brigham and Women’s Hospital (part of Harvard Medical School) because earlier clinical trials showed that polyphenols, especially cocoa flavanols, could be beneficial to cardiovascular health. COSMOS provided an opportunity to take this further and understand the health effects of cocoa flavanols at the population level.

The researchers at Brigham and Women’s Hospital are responsible for the trial’s design, planning, execution and outcomes analyses and interpretation. COSMOS was supported by the National Institutes of Health (NIH), Pfizer Consumer Healthcare (now part of GSK Consumer Healthcare) and Mars Edge.

Within the overall trial, there are a number of independent ancillary studies that include up to 7,000 participants from the COSMOS cohort. These consider additional endpoints, such as cognition, metabolic health, eye health and gut health.