Cocoa beans are rich in cocoa flavanols, but most chocolate is not 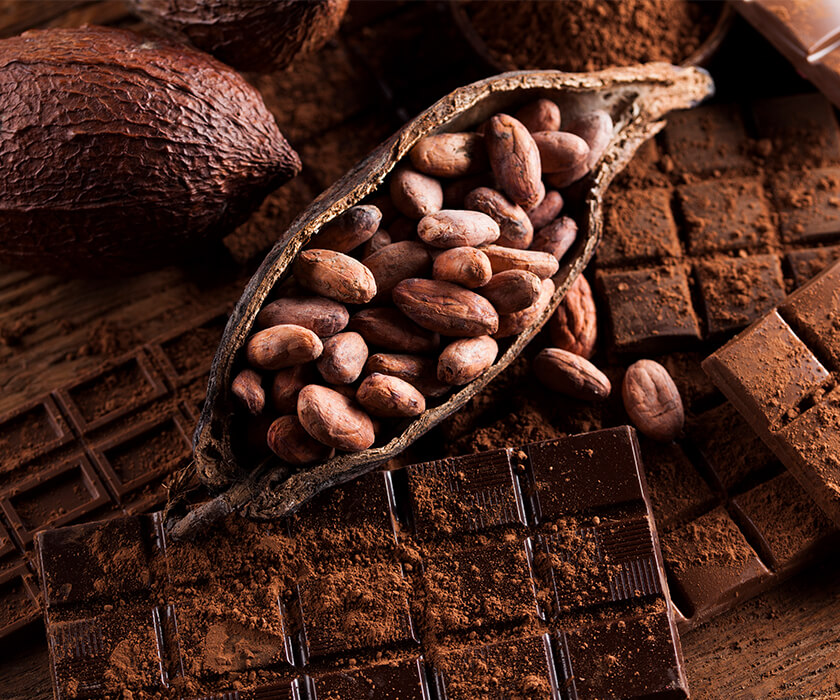 Flavanols are a distinct group of flavonoids found in a variety of foods. Cocoa flavanols are the specific mixture of flavanols naturally present in cocoa beans. However, these flavanols are highly vulnerable to destruction from the moment they're harvested, and most notably when they're processed to make various products, including chocolate. So, while all cocoa beans start off rich in cocoa flavanols, most finished cocoa products are not.

Different kinds of chocolate contain very different levels of cocoa–this ranges from milk chocolate, which has the lowest cocoa content, to baking chocolate made of 100 percent ground cocoa beans. While baking chocolate or a high percentage dark chocolate will contain some cocoa flavanols, the levels will be highly variable.

This is because cocoa flavanols are often destroyed by a number of steps in conventional cocoa processing, like fermentation, drying, roasting, and in some cases, alkalization. As a result, the percentage of cocoa in chocolate products isn't be a reliable indicator of their flavanol content.

Chocolate is a treat, not a health food