Over the last two decades, our cocoa flavanol research program has involved some of the world’s leading research institutions 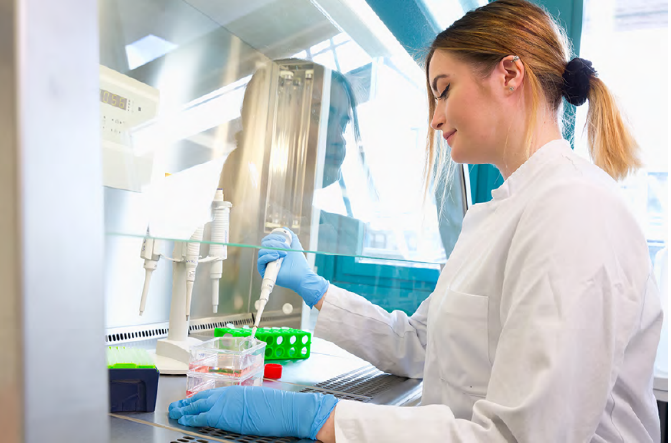 Today, scientists can identify various foods, beverages, herbs, spices and medicinal plants rich in a group of naturally occurring compounds called flavonoids. These compounds have been increasingly studied over the past few decades for their potential role in health promotion, including disease prevention. While our understanding of these compounds is still advancing, recognition of their potential health benefits is not a new concept.

A pivotal moment in the study of dietary flavonoids came in 1937, when Albert Szent-Györgyi gave his Nobel Lecture, following receipt of the Nobel Prize in Physiology for Medicine for his work related to vitamin C. In his lecture, Szent-Györgyi made the following observation: “…it does seem that [flavonoids] possess great biological activity. They influence most obviously the capillary blood vessels… it seems that these substances will enrich the doctor’s inventory with a really useful new weapon for him to fight illnesses with. Our experiments made it probable that certain members of this group possess vitamin-like properties…”

The definition and use of the word "vitamin" have changed significantly since 1937. But Szent-Györgyi’s idea that some members of the flavonoid family would be recognized for their health benefits in the context of blood vessel function and cardiovascular health has become a reality.

Our interest in cocoa flavanols

Our interest in cocoa flavanols goes back more than two decades. It originated from our flavor research program, where these compounds were identified as contributors to the taste and flavor characteristics in cocoa. With emerging scientific interest on the health benefits of flavonoids, our interest shifted from focusing on flavor to focusing on the broader study of the chemistry, biochemistry and health properties of cocoa flavanols.  Interested in better understanding cocoa flavanols’ potential role in health and nutrition, we embarked on an exciting journey of scientific research and discovery.

Over the last two decades, this research program has grown to involve some of the world’s leading research institutions to jointly advance the scientific understanding of the nutritional and biomedical properties of cocoa flavanols. 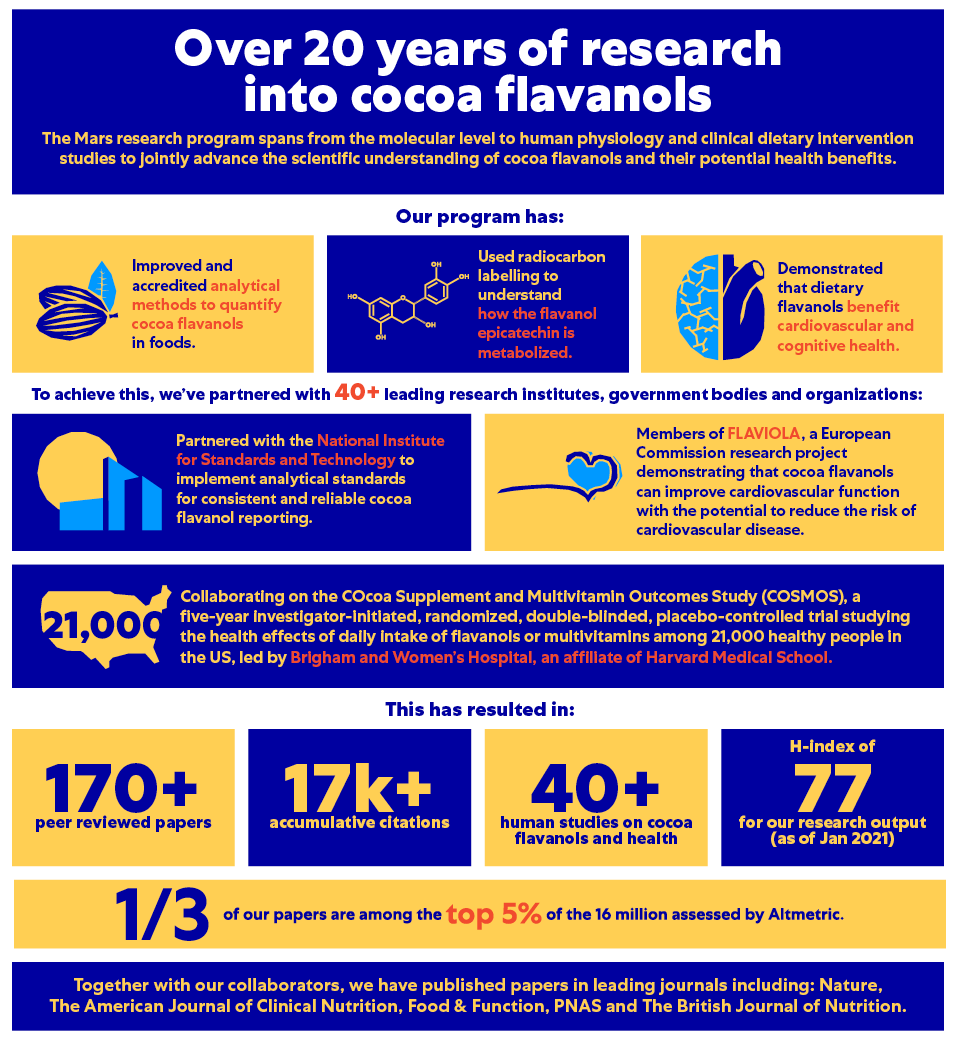 Together with our partners, we adopted an approach that integrates insights from several scientific disciplines to better understand how cocoa flavanols mediate human health benefits. Today, our research program spans the molecular level to human physiology and clinical dietary intervention studies–as well as food supply and food processing.

In close partnership with a global network of scientists, our researchers have conducted ground-breaking research in this fast-moving field of scientific discovery.

Additionally, alongside the National Institutes of Health (NIH) and Pfizer Consumer Healthcare (now part of GSK Consumer Healthcare), Mars Edge supported the Cocoa Supplement and Multivitamin Outcomes Study (COSMOS). The trial was initiated, designed, and executed by Brigham and Women’s Hospital, part of Harvard Medical School. COSMOS is the largest clinical dietary trial investigating the impact of flavanols on health.

What started as a research interest in flavor profile is now a world-leading collaborative research program on the beneficial health properties of dietary flavanols. Crucially, this research has opened the door to a more thorough understanding of how bioactives, in addition to nutrients, can improve and support human health as we age.