Setting the record straight on chocolate 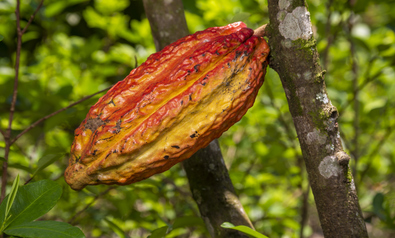 We’ve all likely read articles reporting the health benefits of chocolate. Recently, I’ve seen headlines like, “Is Dark Chocolate Good for You? 3 Surprising Health Benefits” and “Why Chocolate Can Be Good for Adults, Too.”

What’s behind the proliferation of these headlines is a growing interest in flavanols. Flavanols are bioactive compounds found naturally in many common foods, including cocoa beans. These compounds have been shown to promote heart health and improve cognitive function.

So, if the flavanols found in cocoa beans can support your health, why aren’t we recommending people eat more chocolate?

First, while chocolate, specifically dark chocolate, can be a source of cocoa flavanols, it is not a reliable source. Flavanols are highly vulnerable to destruction and conventional cocoa processing significantly degrades the flavanols found in cocoa beans. This is true even for dark chocolate. A high percentage of cocoa does not necessarily mean high levels of flavanols.

Second, the calories, saturated fat and added sugar content in chocolate mean it’s not appropriate to recommend as a food that supports health. Therefore, chocolate is a treat and should not be recommended as a food that supports health. Further, the amount of chocolate you’d have to consume to get the beneficial level of flavanols would generally be far above a healthy amount. Bottom line: Chocolate is a delicious, but occasional, treat.

The potential benefits of flavanols

Flavanols have become an increasing focus for scientific investigation. Evidence from both epidemiological studies and clinical trials has suggested that flavanols may have benefits in the wider context of cardiovascular health and cognition.

The Cocoa Supplement and Multivitamin Outcomes Study (COSMOS) is the largest clinical dietary intervention study to investigate the impact of flavanols on the risks of cardiovascular disease. It’s run by researchers from Brigham and Women’s Hospital and involves more than 21,000 healthy older adults from across the U.S. COSMOS was supported by the National Institutes of Health (NIH) and Pfizer Consumer Healthcare (now part of GSK Consumer Healthcare) and Mars Edge, a segment of Mars dedicated to nutrition research and products.

The first findings from COSMOS are expected to be published soon. Because of the study’s scale, duration, and scientific rigor, the results will begin to unlock the relationship between flavanols and health, and will provide critical insights that help to answer the question: Are flavanols important to our health as we age?

It’s important to emphasize that COSMOS did not investigate chocolate. Instead, the study cocoa flavanol test materials, specially designed to meet the rigorous requirements of research, filled with a highly concentrated, standardized cocoa flavanol extract manufactured by Mars Edge. So, when you read about the results of COSMOS, it’s important not to interpret them in the context of chocolate.

If we can’t count on chocolate as a go-to source for flavanols, what are other options? Well, it’s easy to boost your flavanol intake through a varied diet. Tea, apples and various berries (fresh or frozen!) all have wonderfully tasty and nutritious flavanol sources.

Flavanols could offer real and meaningful benefits for our health. As sweet as it may sound, we mustn’t let the chocolate health myth get in the way.